Packed inside the Ackerman Grand Ballroom at the University of California, Los Angeles, an eclectic group sat and listened as experts thoughtfully discussed a topic that, decades ago, might have struck some as unusual in an academic setting: psychedelics.

It was the first-ever Los Angeles Psychedelic Science Symposium (LAPSS).

The crowd consisted of students, advocates, researchers, and a decent number of apparent enthusiasts in tie-dye shirts. A man wearing roller skates whizzed down the aisle, taking a seat near the front. The panel on stage at the time—Dr. Joe Tafur, Dr. Rachel Harris, and Sitaramaya Sita—was talking about ayahuasca, a plant native to South America that produces intense, psychoactive effects.

Psychedelic drugs aren’t exactly uncommon on college campuses, including at UCLA. (I say that as an alumnus). But for much of their recent history in the United States, these substances have been treated as singularly recreational. Maybe you have an epiphany on LSD, but for the most part, you’re just there for the ride. However, that’s not what this conversation was about.

The community of experts shared their experiences and research on everything from psilocybin to MDMA to ketamine, but the central theme of the event was focused on the potential therapeutic applications of psychedelics. In that respect, the event was fitting for the university, which has played a leading role in developing cutting-edge medical technologies and runs world-class medical facilities.

Where there’s demand for science, there will be researchers to responsibly conduct those studies.

Still, the candid conversations about drugs that are either strictly prohibited, or precariously unscheduled, under federal law were unique. LAPSS was sponsored by groups including the Los Angeles Medicinal Plant Society (LAMPS) and the Multidisciplinary Association of Psychedelics Studies (MAPS), which are working to destigmatize psychedelics and educate people about the importance of clinical research into these substances.

“In addition to the number of researchers present at LAPSS, there also seemed to be a large patient population in attendance—people looking for better treatments for mental health, [which] was especially motivating to see since patients and patient advocates are essential in spreading the word, fighting for access and research, and influencing public discourse on psychedelics,” MAPS clinical research associate Gabby Fortier told High Times.

“Word of mouth alone is a huge influencer on public discourse concerning psychedelics, and I am hopeful that all those patients, patient advocates, students, and researchers in attendance will share with their friends, families, and colleagues what they learned,” she said.

MAPS, founded by Rick Doblin, PhD., is a leader in the field. The organization is currently conducting federally approved clinical studies on the effects of MDMA on veterans suffering from post-traumatic stress disorder (PTSD). But clinical research into the medical benefits of psychedelics is still in its nascent stage. While a majority of Americans (53 percent, according to a 2017 YouGov survey) support medical research into psychedelic drugs, federal drug laws remain obstacles on the path to discovery.

It became especially difficult for researchers to explore these substances after the government launched the War on Drugs in the 1970s, Dr. Dennis McKenna, a famed ethnopharmacologist and keynote speaker at LAPSS, told the audience.

Laws be damned, the people want answers and solutions—with or without the official sanctioning of the federal government.

Before that, the government appeared interested in identifying plants containing ingredients that might prove effective at treating various medical conditions. McKenna brought up the 1967 Ethnopharmacologic Search for Psychoactive Drugs international symposium as an example. The symposium, which served as a meet-up for researchers to discuss their findings on psychoactive plants in indigenous societies, initially received funding from the National Institute of Mental Health (NIMH), a federal agency. But that all changed when Nixon declared a war on drugs, inhibiting medical research into banned substances and effectively silencing the expert community that conducted such research.

In spite of the government’s protracted drug war, however, research into psychoactive drugs has moved forward, albeit slowly. Search for “marijuana” on PubMed, the federal database of peer-reviewed studies, and that search will turn up almost 28,000 hits. Search “ketamine” and you’ll get about 18,000 hits. Even more obscure psychoactive plants like peyote have piqued the interest of the research community, with a search for the term turning up over 1,200 hits.

In other words, laws be damned, the people want answers and solutions—with or without the official sanctioning of the federal government. Where there’s demand for science, there will be researchers to responsibly conduct those studies. At the heart of it, that’s what LAPSS was all about: showcasing the incredible research into psychedelics that already exists, and making the case that more research is sorely needed.

“I am hopeful with additional research that psychedelic drugs will be rescheduled, and the guidelines around their use and investigation are more based in their actual risks and benefits,” Fortier said. 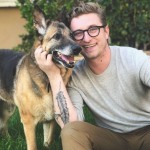