Like most smokers, I love watching stuff while I’m high. There’s something about using the drug that turns whatever happens on a screen—whether that’s some guy cleaning out their aquarium, crushing bowling balls with a hydraulic press or soliloquizing about ancient Japanese woodblock printmaking—into the most unbelievably, irresistibly captivating thing I’ve ever laid my eyes on.

And that counts double for movies which, unlike random YouTube videos, are constructed in such a way to maintain our attention and interest with laser-focused precision. Of course, everyone prefers a different genre or style depending on their taste. But aren’t there any specific movies whose craft we come to appreciate just a bit more strongly than usual thanks to the way marijuana influences our brain chemistry?

Before I try to answer that question, an important disclaimer may be in order. I am not a scientist and have no medical degree; I am a film critic who read up on pot research and saw some interesting connections between the conclusions they reached and the movies I like to watch. As such, please treat this article less like a study, and more like a very long-winded list of movie recommendations.

Stoners often claim that marijuana enhances their audio and visual perception, and you don’t need to have a deep understanding of neuro-dynamics to figure this out. When you are high, food you normally dislike becomes incredibly tasty; jokes which usually make you cringe unexpectedly turn hilarious; and, as mentioned, the things that normally don’t interest you at once grow absolutely fascinating.

When I was a kid, I had a very short attention span. Though I loved movies, I only watched bombastic, Hollywood-endorsed eye-candy like Harry Potter, Pirates of the Caribbean and The Lord of the Rings, and thought any movie that didn’t move as fast or wasn’t as colorful a pretentious piece of crap that wasn’t worth my time.

Then, in high school, I befriended a guy who, coincidentally, was both a stoner and a film buff. One afternoon, he got me high and suggested we watch a movie. If I had been sober, I would have probably suggested something in line with my usual MO. However, enjoying the high, I didn’t feel like arguing, and when he proposed we watch a film called Dreams, I went with the flow.

The film, as I later learned whilst studying at NYU Tisch, was directed by Akira Kurosawa, a Japanese filmmaker who occupies a monumental place in the history of cinema. Most of his movies are slow, focusing more on movement and composition than action and dialogue. These principles are prevalent in many of Kurosawa’s other creations, including Seven Samurai and Rashomon.

However, in Dreams, they may have just reached their fullest potential. Based, as the title suggests, on a series of dreams which the creator had in his youth, this two-hour experience brings to life vignettes of gods, rulers, and family members through vibrant set design and interesting staging. The characters move around their little worlds with the agility of aging tortoises, and—to my surprise—I was eagerly anticipating their every move.

If the films of Kurosawa try your patience, the work of Russian director Andrei Tarkovsky should be enough to drive you nuts. His symbolic and at times downright abstract pictures have often been called “visual poems,” and while my pre-weed self was capable of perceiving a hint of their hypnotic quality, they did not evoke in me quite the same feelings of tenderness and amazement that critics claimed to experience.

I remember clearly how, a few years ago, I went to see a restoration of Tarkovsky’s final film The Sacrifice at Lincoln Center in upper Manhattan. A story about an old bloke who implores God to avert an impending nuclear holocaust, it was without a doubt the most nail-biting experience I ever had in any cinema—not because I was waiting on the next scene, but the end credits.

Fast forward a few months. I was at home, quarantined and feeling a little restless. It was close to midnight but I wasn’t tired, so I smoked a blunt and somehow found myself re-watching the same picture. This time, however, I was biting my nails for the proper reason; there was a wealth of tension, emotion, and thought to the experience that I, upon my initial viewing, had not perceived, but saw now with startling clarity.

How is that possible? The answer may have to do with the relationship between marijuana and memory. It is a common theory that weed impairs short-term memory, which is another term for that train of thought which you keep on losing when you’re high. Temporarily unable to recall the past, the stoner is forced to live in the present; incapable of seeing the grand scheme of things, he zooms in on its details.

Writing for The GrowthOp, David Wilson says a “lack of focus on the bigger picture can often result in greater concentration towards the finer details of a song, scene or image.” He not only summarizes the latest literature on the subject, but also perfectly encapsulates my own experience viewing The Sacrifice.

In recent years studies have found that, while small amounts of alcohol help boost creativity and productivity by lowering people’s fears and inhibitions, large amounts lower them by debilitating mental capacity. As every smoker knows, the same could be said for weed. Indeed, where small doses of marijuana may relax the nerves and heighten sense perception, too big a hit can seriously boost paranoia.

But although hefty quantities of weed may decrease the quality of life for some, even a bad trip can potentially help facilitate enriching cinematic experiences. Naturally, you won’t find much enjoyment in the average Marvel movie while you’re bugging out, but what about a horror flick? Given how these types of films aim to make their audiences feel acute distress, you might just be in the ideal state of mind to view them.

Classic terror-inducers like Jaws and Saw, alongside modern masterpieces like Us and Midsommar, are as good a place to start as any…that is, if you are faint of heart. Should you find yourself wanting to brave more unsettling territory, though, you ought to try a movie which tries to shake your faith in humanity on a more fundamental level like the ultra-violent A Serbian Film or the downright psychotic 120 Days of Sodom.

If life has hardened you to the point that even these don’t make much of a dent on your soul, there’s one more type of movie for you to try, one that not only makes you question the goodness of mankind, but the point of existence in general. They include the drama Synecdoche, New York, a three-hour eulogy on the shortness of life, and Gaspar Noë’s Enter the Void which, shot entirely in first-person, explores the traumatic life of an adolescent drug dealer.

Although I tried my best to imply some words of warning in between the lines, let me state again, this time explicitly, the need to exercise caution should you decide to check out some of these films. Though they are disturbing enough on their own, the influence of marijuana may enable them to screw with your mind in ways that you aren’t quite ready for. That said, the influence they will have on the way you look at the world is certain to be profound.

Despite the fact that I’m a huge hypochondriac, I have never been particularly intimidated by those over-dramatic government advertisements warning youngsters about the dangers of marijuana. That said, there is one commercial that got to me, and it’s the one where that teenage girl sits on the couch feeling sad for her apathetic and inactive pothead friend who is revealed to be a deflated bag of rubber.

Obviously smoking weed doesn’t turn you into a balloon, but it can make you feel lazy and a bit lethargic. Although I sometimes smoke to unwind at the end of a long day of work, more often than not I use the drug to avoid or escape my responsibilities—and that’s permissible when you’re an adolescent, but not when you’re an adult who’s expected to use their time more productively.

Don’t get me wrong, TikToks and Vines and fail compilations and memes can be a great source of entertainment. However, they’re typically not very educational or enriching. So, next time you find yourself rolling up, maybe consider trying one of the films mentioned in this article. Not only do I guarantee that you’ll have an interesting time, but I reckon they’ll open you up to a new reality—and isn’t that what drugs are all about?

In this article:featured, Film 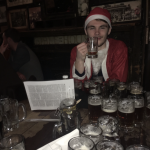