Founded in Seattle in 2010, Privateer Holdings seeks to break down the stigmas associated with cannabis. Its three partners, Brendan Kennedy, Christian Groh and Michael Blue, share a vision of the future and lead with science and research. In the last nine years, they’ve changed the industry and turned their disruptive business model into a global operation with capital and investments all over the world.

Blue elaborates on taking the leap of faith into the cannabis business: “Before we quit our jobs, we had long conversations with each other, our spouses, our families. The hardest conversations were with our in-laws. We had a lot of concern about reputational risk.”

Blue continues, “Brendan and Christian were working at Silicon Valley Bank, and I was working at a private-equity firm. Between the three of us, we had subscriptions to all of the leading business-intelligence databases.

We looked up medical cannabis and synonyms for cannabis, and there was nothing. It was a black hole. There was no formalized data or institutional research. That piqued our interest even more, so we decided to investigate. But the only way to get information was to talk to people. So we traveled the world to meet with growers, processors, dispensary owners, patients, pharmacists, physicians, activists, lawyers and political campaigners.”

Kennedy chimes in: “We were pioneers. We got dirty, we worked hard, and it cost us a lot of money. In fact, there were several dark moments where we were dead broke. But by going to places people didn’t go and talking to people that other people didn’t talk to, we became convinced of the global opportunity and never looked back.”

The trio has since raised over $120 million including millions from the first institutional investor to invest in cannabis, Peter Thiel’s Founders Fund, and their cannabis-brand portfolio is vast and formidable. Their first acquisition was Leafly, a strain-review app that they built into a media and information empire. But their biggest foray into the industry was building the federally licensed Canadian pot powerhouse Tilray, which sells cannabis products in 12 countries on five continents.

I ask Groh about the Leafly buy and he tells me, “When we bought Leafly it had no revenue and no traffic, but we liked the aesthetic and the concept of gathering better data about what patients and customers want, and where they could find it. Leafly’s mission has always been to help patients and consumers make informed choices about cannabis and to empower cannabis businesses to attract and retain loyal customers through advertising and technology. Leafly makes finding the right cannabis products fast, easy and comfortable. Today Leafly has 20 million unique monthly visits and generates tens of millions of dollars in revenue. It has informed our understanding of the cannabis consumer and the industry as a whole. We couldn’t think of a better first investment.”

Privateer is the largest shareholder in Tilray, which grows over a million square feet of cannabis in multiple locations. I wanted to know what it takes to grow and sell that much cannabis. When I ask Kennedy about some of the unique challenges to growing at that scale, he replies: “We couldn’t find an LP [licensed producer] that met our standards, so we created our own: Tilray. Growing legal cannabis at this scale has its challenges. It requires a steadfast commitment to compliance, which adds a lot of cost, and maintaining quality is of course crucially important. Quality control is our highest priority and the biggest challenge in large-scale cultivation. Tilray has an expert team of PhD scientists, engineers and master horticulturists together working toward one goal—to produce the highest-quality cannabis products.”

As the first company to export cannabis legally from North America, Tilray now produces products that sell in Canada, Germany, the Czech Republic, Portugal, Chile, Australia, Croatia and South Africa, among other countries. I was interested to know what that entails and what the repercussions are on a worldwide level. Kennedy tells me, “In order to export cannabis, we had to have federal approvals everywhere we went and GMP certification. We were one of the first companies to be licensed by Health Canada to cultivate and sell medical cannabis in Canada. Also, Tilray was one of the first companies to become a licensed dealer of medical cannabis in Canada. We were also the first company with a North American production facility to be GMP-certified in accordance with European Medicines Agency standards.” (An internationally recognized standard, GMP—Good Manufacturing Practice—certification is the quality measure that pharmaceutical manufacturers must meet in their production processes.)

As Privateer continues to expand globally, I wanted to know what the founders’ thoughts are on how to level the global playing field so that American companies can compete with Canada, Europe and beyond. Blue explains: “We think we’re a lot closer to legalization in the US than people realize—likely within the next two, three years—but there is no question that Canadian companies have a head start because of the federal-state conflict. Politically, the US needs to change the laws to allow US companies to compete. Thankfully, the pressure is building.”

Groh continues: “Public opinion is squarely in favor of legalization with favorability for legalization cutting across political ideology. In fact, the gap in support is drawn more along generational lines. More than 93 percent of Americans support legal medical cannabis. You can’t get nine out of 10 Americans to agree on anything, but they agree on this. Legalization is not controversial, it is inevitable. Politicians and bureaucrats are the last ones to realize what everyone sees as obvious: Prohibition causes more harm than legalization.”

It seems that Privateer’s main interest is in buying and building brands that will shape the future of the industry. To that end, the company has helped launch Marley Natural with the family of reggae royalty and cannabis legend Bob Marley. I ask Groli what it was like to work with the Marley family and what the Privateer approach to the company would be, and he tells me, “The Marley family approached us at Privateer Holdings in 2014 about building a brand together that represented the spirit of their father and that would help continue his legacy.”

He continues: “Bob and his music have been integral to the cannabis movement for decades. In many ways, Bob helped start this movement 50 years ago. Arguably, there are few icons more synonymous with the plant than Bob Marley. It’s been extremely important to us and to the family that Marley Natural operates with a strong social conscience, which is why we have taken great care to source our products in an environmentally responsible and, whenever possible, in a way that positively contributes to Jamaica and helps those harmed by prohibition.

“In the spirit of giving back,” he continues, “we created a social-impact initiative called Rise Up that helps fund socially minded projects in Jamaica that reflect Bob’s ethos and ideals, as well as an expungement program that has helped over 100 people clear their records of cannabis convictions, in partnership with the MCBA [Minority Cannabis Business Association].”

In light of Tilray’s recently announced partnership with the beer giant Anheuser-Busch InBev, I ask how soon the three Privateer founders believe cannabis drinks will be available globally in supermarkets and pharmacies. Kennedy places an emphasis on research, telling me, “We need a deeper understanding of nonalcoholic beverages containing THC and CBD before we develop a product, so we think a research partnership is the appropriate place to start. The research partnership combines AB InBev’s deep experience in beverages with Tilray’s expertise in cannabis products. We think we could see mainstream cannabis beverages in Canada later this year.”

Research seems to be a driving factor in the decision-making process, and Tilray also funds medical trials and clinical research in Australia on cancer and in Canada on pediatric epilepsy. Kennedy elaborates: “We want to be at the forefront of cannabis and hemp research across the world. Tilray’s commitment to research and clinical data is critical for the medical community and for regulatory bodies across the world. Participating and leading innovative research is critical in generating new data to inform treatment and the development of world-class products.”

Kennedy continues: “There are a lot of myths and legends out there, but not a lot of facts. When you’re talking about a medical product, you need unimpeachable data. Even if healthcare providers believe in the therapeutic potential for cannabis as medicine, they want to see data that proves it is safe and efficacious before they recommend it to patients. That’s why Tilray sponsors clinical research. Similarly, we acquired Leafly because of the tremendous amount of data it generates about consumer tastes, preferences and trends.”

I wanted to get an idea of where Privateer sees the cannabis business in 10 years or more. I ask Blue what role he thinks worldwide legalization will play in the future of the plant, and he tells me, “We firmly believe we are witnessing a global paradigm shift in attitudes and laws with regard to cannabis. Today, cannabis is a $200 billion global industry. As the market transitions from a state of prohibition to a state of legalization, we predict that the biggest change will be in number, professionalism and differentiation in cannabis brands and products. In 10 years, it’s likely that cannabis will be commoditized and a majority of it will be grown in a narrow band around the equator before being shipped via multinational supply chains that will further process, refine, brand and market the product. Our belief is that trusted global brands powered by multinational supply chains will win the market by earning the confidence of patients, consumers and governments around the world.”

As my last question for the trio of investors, I want to get an idea of what drives them, aside from just the money to be made. I ask if it’s fun to work in the cannabis business, and Kennedy is quick to reply: “Yes! We feel honored to work with some of the brightest minds in the industry: master horticulturalists, former DEA agents, PhD scientists and passionate advocates. It’s incredible and invigorating! There isn’t any other industry we’d want to be in, and there’s still so much work to do. We are excited to see what’s next and continue to pioneer the future.” 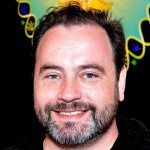