Can You Get A Hangover From Weed?

Can you get a hangover from weed? Many individuals have experienced the phenomenon known as a “weed hangover,” while others have questioned if such thing really exists. It may not leave you with a raging headache and a nauseous stomach the next day. But cannabis can leave you feeling a bit out of it and all around lousy the morning after.

There have been a surprising amount of research on the subject. A study from as early as 1985 stated that “marijuana smoking can produce residual (hangover) effects the day after smoking.”

The most recent study, done in 2005 by Wadsworth, looked specifically at how individuals suffer from weed hangovers at work. The outcomes of the study showed that cannabis can cause hangover symptoms. These may increase depending on how frequently an individual smokes.

A weed hangover can occur after a night of smoking copious amounts of weed. If you’re smoking a lot at a time, or are smoking a large amount over the period of your night, you may wake up the next morning with a terrible surprise.

Signs of a Weed Hangover

Side effects of a weed hangover can often be similar to the feeling of a mild hangover from alcohol.  However, unlike alcohol, hangovers from marijuana are quite bearable and easy to handle.

Headaches can be present after a night of blazing, this may be due to dehydration. Although there is little to no evidence of weed-induced headaches, users have noticed this pain after smoking up.

To avoid dehydration and experiencing the dreaded cotton mouth, be sure to stay hydrated and drink lots of water during and after a smoke session.

Another symptom of a weed hangover is the feeling of fogginess and grogginess. Studies have suggested that marijuana can mess with your cognitive function and short-term memory.

This symptom may just be your high continuing on into the morning, or a lack of sleep can also contribute to the feeling. The best way to deal with this, besides staying hydrated, is to get out and get some physical activity.

Fatigue is the number one symptom of a weed hangover. Although marijuana may help individuals as a sleep aid, it can also leave users feeling like they didn’t have a proper nights sleep. In 2008, a Penn Medicine study found that marijuana may impair sleep quality for those who consumed it throughout their teenage years.

According to the study, “any history of cannabis use was associated with an increased likelihood of reporting difficulty falling asleep, struggling to maintain sleep, experiencing non-restorative sleep and feeling daytime sleepiness.”

As you may already know, smoking marijuana can leave your eyes feeling dry. This effect can last until the morning, causing a discomfort throughout the day. This may be because THC causes a decrease in blood pressure, causing a dilation of blood vessels and capillaries.

This causes a dilation of the ocular capillaries, increasing the blood flow through the eyes and causing them to turn red. This is the reason why THC is a great medicine for those suffering from glaucoma.

Congestion and dehydration are also symptoms that have been noted by users, but this is usually due to your bodies reaction to the smoke.

What Causes a Weed Hangover?

The real answer behind our “Can you get a hangover from weed?” question is actually quite simple. To put it simply, you may just be experiencing a morning-after high from the night before.

You can experience the side effects of THC after it’s initial high wears off. After consuming an excessive amount of weed, cannabinoids may hang around longer than expected. Your weed hangover may just be the THC sticking around in your system.

So can you get a hangover from weed if you consume it another way besides smoking it? You are actually more likely to experience these symptoms after ingesting an edible. The THC becomes a more potent compound after being metabolized by the liver.

The compound is known as THC-COOH, which is also known as carboxy THC. Colorado NORML states that “it may be found weeks or longer after the intake of marijuana, while the impairing effect of the active delta-9 THC may be almost gone within three hours more or less.”

Edibles produce a more intense high than the high you experience after inhaling marijuana smoke. If you’ve eaten more edibles than expected, it may take your digestive tract a day to fully metabolize the THC.  It is very uncommon for an edible high to last more than 48 hours, but morning after effects aren’t that uncommon.

Final Hit: Can You Get a Hangover from Weed?

As mentioned, your weed hangover may just be the lingering effects of THC. If you want to get over these symptoms, there are ways to do so. With some physical activity, healthy eating and hydration, your weed hangover will be on its way out the door. There’s nothing worse than feeling foggy and out of it after a night of rolling joints and enjoying moonrocks. Maybe try not to overdo it next time. 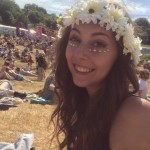