Marijuana Violations Will No Longer Be Cited In Kansas City, MO

Oregon Will Vote On Legalizing Psilocybin In November

Study Suggests Women May Be More Sensitive To THC Than Men

First Missouri Cannabis Grow Facility Is Up And Running

More Than 1.5 Tons Of Pot Seized At Canadian Border

Study Finds No Association Between Cannabis Use And Risk Of Stroke

NBA Players To Be Tested For COVID-19...Not Marijuana

Discovery May Explain Loss of Ego Attributed to Psilocybin

Data Shows Decrease In Marijuana Arrests in Virginia In 2019

Legislation that would legalize marijuana for adults 21 years old and over has been slowly advancing in Connecticut, but an association of groups raised their voice on Wednesday in a presentation in state capitol Hartford to express concern over the issue.

Their concern is the children. ”I see it every day in the people I go to school with,” local news channel WTNH reported high school senior Elizabeth Abernathy saying at the press conference. “By legalizing it for people over the age of 21, you are just opening the gates for people of all ages to gain access as it will be easier to obtain.”

Other activists like Madison Youth Services’ Scott Cochran claimed that “new products will evolve” that are especially appealing to young people.

The presentation also included the voice of a Yale School of Medicine psychiatrist that claimed that states with regulated cannabis have the highest rates of teen marijuana users in the country. “It’s just a matter of time that if we were to legalize, we would see the same trend,” cautioned Dr. Deepak Cyril D’Souza before adding that teens were more likely to develop mental illnesses when they use cannabis at an early age.

Of course, not all are in agreement with that statement. In 2017, a study was released by the National Survey on Drug Use and Health found that the rate at which adolescents were using cannabis had actually fallen in the post-legalization years. The study found that only nine percent of Colorado teens reporting using the drug, the lowest reported number in almost a decade. After cannabis legalization in the state — which was the first in the country to legalize recreational marijuana — teen usage of alcohol, tobacco, and heroin also fell.

Colorado is among the states that are taking extra steps to make sure teens are wise to facts on cannabis. The state has developed a game show-style program called “Weeded Out” that is funded by a small portion of the the state’s yearly cannabis taxes, which rang in at $45 million last year.

Connecticut is already a medicinal marijuana state — in 2012, its Senate approved a medical marijuana program in a 21-13 vote. In August, the state’s Regulation Review Committee voted to expand that program, adding eight new health conditions that allowed people aged 18 and over to qualify. Small-scale marijuana possession has been decriminalized in the state since 2011, when Connecticut eliminated the threat of jail time for possession of small amounts of weed.

Last year there was a legislative push in the state to legalize recreational marijuana. After passing approval in the House Appropriations Committee, the bill stymied before it was able to be passed into law, despite protests outside the Capitol Building in Hartford.

The state’s new-in-2019 governor Ned Lamont has stated that he is in favor of cannabis regulation. “I don’t want the black market controlling marijuana distribution in our state,” he told WSHU Public Radio. “I think that it is a lousy way to go. Canada, Massachusetts, others are doing it and that is going to lead to some enforcement things. In the meantime, we enforce Connecticut law. 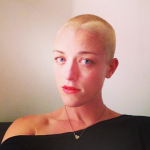