Flashback Friday: Drugs In The Bible

The Increased Use of CBD Products in Italy

High Times Greats: 'Why Do You Think They Call It Dope?' By Luc Sante

High Times Opens Its Digital Archive To All

Andrew Santino Is A People Person

It shouldn’t come as a shock that there are scientists who smoked weed.

Most people can multi-task well enough to rip a bong and play video games or post on Instagram. But only a select few in high society can smoke ganja and accomplish a major scientific feat. Sure, a lot of scientists enjoy the occasional toke, but these experts in their fields blazed the way. Behold: here are seven scientists who smoked weed.

Neurologist Oliver Sacks is no stranger to the benefits of using marijuana. As a cancer patient, he used medical Mary Jane for personal use and professional study.

Though he wrote many books, Sacks’ book Hallucinations explores the range of human perceptions or hallucinations both drug-induced and not. His fascination with the subject began during a little smoke sesh in the 1960s.

At that groovy time, he observed a distortion of his hands’ size even as they moved further away from him. Though his primary focus was brain injuries and illness, he will be remembered most for his touching narratives about medical trauma as well as his insight into the power of hallucinogens like marijuana or LSD.

PrevNext
Swipe To Browse
READ  Will President Trump's Retreat From The WHO Make Any Difference To Cannabis Reform?
In this article:Carl Sagan, featured, history, Lester Grinspoon, scientists 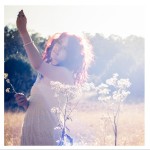