Senators Call For Economic Assistance For Cannabis Firms Amid Outbreak

House Votes to Protect States With Legal Marijuana From Feds

Why is South Dakota's Governor Still Against Legalizing Industrial Hemp?

Presidential Candidate Kamala Harris Admits to Past Marijuana Use

The Top 10 Democratic Contenders of 2020 Who Support Legal Weed

The Cannabis Lobby Is Upping Its Presence In Washington DC

The Details of Kentucky's New Medical Marijuana Bill Have Been Revealed

Why the Cannabis Industry Deserves Better Than Dana Rohrabacher

Missouri Has Three Marijuana Initiatives on the Ballot. Here's Your Guide on Each

U.S. Congressional Committee Approves Cannabis Bill, But Not Without Drama

What is the Medical Cannabis Research Act?

What are Supreme Court Nominee Brett Kavanaugh’s Views on Cannabis?

Marijuana in the Midterms

9 Barriers To Marijuana Legalization in Texas

All the Obstacles to Marijuana Legalization in New York

All the Reasons Pot Isn’t Legal in Indiana

Marijuana by the Numbers

Rep. Earl Blumenauer Predicts Marijuana Will Be Descheduled in Next Four Years

20 Years Since His Crackdown on NYC, Giuliani Remains Anti-Marijuana

New York's Governor Cuomo Getting on the Cannabis Legalization Train

Holding a publicly elected office for the better part of five decades might make you well-qualified for president. But as presumptive Democratic nominee Joe Biden is finding out firsthand, it also makes it difficult to drastically change positions on an issue as critical to public life as drug policy.

We searched the extensive database of Biden’s statements on marijuana and drug policy beginning in the 1980s and compared it to more modern quotes. The differences are stunningly contrarian:

“We Must Take Back The Streets” vs “Mandatory treatment”

“We should make sure that we have no one going to jail for a drug offense, they go directly, mandatory prison. I mean, excuse me, mandatory treatment, not prison. And we fund it.”

Biden’s “tough on crime” trope shows remarkably little care for the personal circumstances of offenders, using scare tactics you might see at a rally hosted by his 2020 opponent. In February’s New Hampshire debate, Biden’s former life as a drug enforcer seemed to bubble up in one of his well-known verbal gaffes, though he corrected himself by explaining he now believes drug offenders should be rehabilitated on the government’s dime.

“Every major crime bill since 1976 that’s come out of this congress, every minor crime bill, has had the name of the democratic senator from the state of Delaware, Joe Biden, on that bill.”

In the first quote, Biden touts himself as a living counter to the common post-Reagan belief that Democrats were weak on crime. 15 years later, he admits that his personal role in pushing those same harsh drug crime laws he once bragged about – here the 100:1 crack cocaine disparity – is a big reason the criminal justice system is so flawed today.

“Not enough prison cells” vs “Reduce the number of people incarcerated”

“In a nutshell the president’s plan doesn’t include enough police officers to catch the violent thugs, not enough prosecutors to convict them, not enough judges to sentence them, and not enough prison cells to put them away for a long time.”

From The Biden “Lift Every Voice” Plan – (source)

In a televised response to a speech from President George H. W. Bush about drug laws, Biden continues pushing the concept of “thugs” terrorizing the streets. He complains that Bush doesn’t go far enough or provide the government with the resources to lock up more Americans. His newly-released plan for Black America directly opposes that statement, calling for a reduction in incarceration. It also suggests federal savings from fewer prisoners be reinvested into “communities impacted by mass incarceration.”

“If you have a piece of crack cocaine no bigger than this quarter that I am holding in my hand…we passed a law through the leadership of Senator Thurmond and myself and others – we passed a law that said you go to jail for five years. You get no probation. You get nothing other than five years in jail. Judge doesn’t have a choice.”

“He will end, once and for all, the federal crack and powder cocaine disparity.”

From The Biden “Lift Every Voice” Plan – (source)

While debating the Violent Crime Control Act of 1991 on the Senate floor, Biden used a physical prop to again boast about the strong drug sentencing laws he passed with Senator Strom Thurmond. You may recall Thurmond as the anti-integration Senator who was so committed to stopping the Civil Rights Act of 1957 with a filibuster that he dehydrated his body with steam baths so he could absorb fluids on the floor instead of using the bathroom. Biden doesn’t seem as proud of his work on the crack disparity laws these days, reiterating that it should be ended in his plan for Black America released in May 2020.

Thirteen years apart, Biden is asked about medical marijuana. His first answer, given at a private house party in New Hampshire, begins with him agreeing that federal raids against medical marijuana patients should end but stopping short of a full endorsement. Speaking to Charlamagne Tha God on The Breakfast Club last month, the former Vice President was asked about the decades of data and research studies on cannabis. His answer is something of a non sequitur that seems intended to show he still relates to marijuana users despite decades of opposing it on a policy level.

“The truth of the matter is, there’s not nearly been enough evidence that has been acquired as to whether or not it is a gateway drug…it’s a debate, and I want a lot more before I legalize it nationally.”

“I don’t think it is a gateway drug. There’s no evidence I’ve seen to suggest that,”

We admit, eight days isn’t much of a time difference. But this final comparison, which sees Biden do a complete 180, is illustrative of the broader point: Career politicians like Joe Biden have no issue changing their stances quickly and dramatically. It’s true that he’d be a better option for cannabis (and humanity) than the incumbent. But with over two-thirds of U.S. adults in support of legalization and the cannabis industry now providing more jobs than coal mining, we can only hope for one more Biden pivot – this time, fully away from his draconian drug stances of the ‘80s and ‘90s. 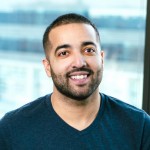