This State Will Soon Allow Medical Marijuana For Autistic Children

Marijuana Violations Will No Longer Be Cited In Kansas City, MO

Oregon Will Vote On Legalizing Psilocybin In November

Study Suggests Women May Be More Sensitive To THC Than Men

First Missouri Cannabis Grow Facility Is Up And Running

More Than 1.5 Tons Of Pot Seized At Canadian Border

Study Finds No Association Between Cannabis Use And Risk Of Stroke

NBA Players To Be Tested For COVID-19...Not Marijuana

Discovery May Explain Loss of Ego Attributed to Psilocybin

Data Shows Decrease In Marijuana Arrests in Virginia In 2019

Almost two years ago, Louisiana legalized medical marijuana, though has been slow to act on its marijuana legislation. The law qualifies people with serious conditions such as epilepsy, cancer, Crohn’s disease and other illnesses for cannabis, as recommended by a doctor. This list did not originally include autism treatment for children.

On Wednesday, March 28, a committee composed of members of the Louisiana House of Representatives approved an expansion to Senate Bill 271 that will make autistic children eligible for medical marijuana treatment.

However, not everyone will autism will automatically qualify. A pediatrician will need to approve and observe any child with autism on medical marijuana.

The House committee voted 9 to 4 in favor of the bill. This is only the first step in permanently adding this expansion to the original medical marijuana legislation. Next, the entire Louisiana House of Representatives will vote on whether to make it law.

Many Strongly Opposed This Legislation

The committee heard from many who felt strongly about whether this state will soon allow medical marijuana for autistic children.

Those against this legislation include Republican Representative Dodie Horton who asked those in favor, “If the FDA hasn’t approved this for treatment, who are we? Why are you qualified?” Others raised similar concerns about FDA regulations.

The committee also heard from prominent members of the medical community who were not in favor. Dr. John Vanchierre, head of the Louisiana Chapter of the American Academy of Pediatrics, argued, “Allowing medical marijuana to be used, without FDA standards, is not appropriate. This is a safety issue.”

In his testimony, Dr. Vanchierre asserted the need for more research on the effects of marijuana on children, specifically on brain development.

Others Vocalized Their Support for The Bill

Political forces behind the bill included Democratic Representative Rodney Lyons. He argued, “Autism can cause a burden and there are few treatment options. And the one out there has horrible side effects.”

Many people with debilitating illness turn to cannabis for more side-effect free treatment. The parents who have used marijuana to treat their children with autism often report its immediate beneficial effects.

Mieko Hester-Perez tested over 13 treatments for autism for her son, Joey. Only after consuming a medical marijuana brownie did Joey regain his appetite, become less anxious and start attempting to communicate. Now, Hester-Perez is one of the parents advocating for cannabis as a treatment for autism in California.

Dr. James Smith, who specializes in cardiology, testified in front of the committee in favor of treating autistic children with medical marijuana. “Cannabis is a safe medicine,” Dr. Smith explained, “900 people died last year from acetaminophen. None from cannabis.”

Acetaminophen is one name for pain and fever medications like Tylenol.

Though the committee heard many voices against legalizing medical marijuana for children with autism, they approved the measure. Next, it moves on for approval from the entire Louisiana House of Representatives. Will it pass when many are hesitant to approve it due to lack of clinical trials and FDA approval?

The FDA is notoriously slow to approve treatments and has been reluctant to look into medical marijuana claims. With pressure from the pharmaceutical companies, why would they rush to approve an all-natural remedy that would take away a serious chunk of drug companies’ business?

In this article:autism, Children, featured, Louisiana 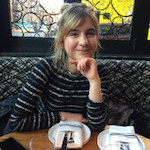