Trump Was Pro-Legalization To Start “We’re losing badly the war on drugs…You have to legalize drugs to win that war. You have to take profit away from these drug czars.” (At a 1990 Miami Herald luncheon)

Trump makes big statements often. But this 1990 quote comes before his political career and signals his larger shift since becoming a right-wing candidate.

It’s no wonder he won the nomination. He catered his message to the anti-drug party who could boost his status in the long run. 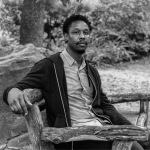